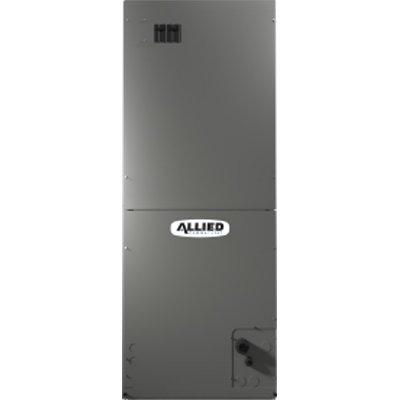 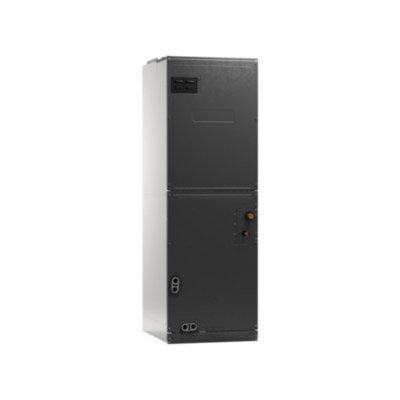 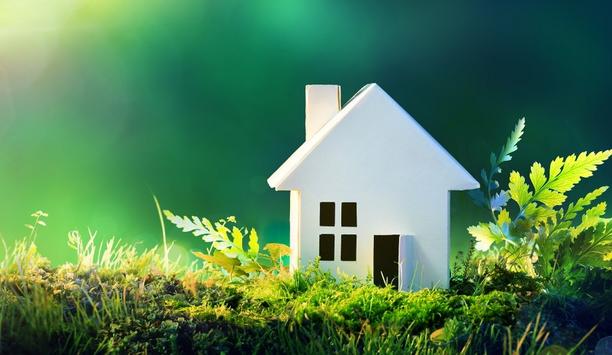 How To Heat Our Homes Without Hurting The Climate

Even though the COVID-19 pandemic is seemingly drawing to a close, living, working and learning at home is set to continue. Under this new normal, home electricity use is expected to double by 2050. Simultaneously, as climate change devastates communities around the world, we are faced with a moral and economic obligation to cut CO2 emissions from houses. Our goal is to build Net Zero houses and we can't get there fast enough. Fossil fuels use in heating systems Many countries continue to rely on coal, oil, or gas to power their heating systems. Continuing to rely on these fossil fuels, to keep us warm through harshening winters and cool throughout intensifying summers, simply adds to CO2 emissions. In fact, households account for 72% of global greenhouse gas emissions and energy-intensive HVAC systems are a core contributor to this. Whether you live in a hot or cold country, the result is the same - unsustainable carbon emissions. Heating, ventilation, and air conditioning is the inception point for homes to become sustainable. Sustainable standards in the home Regulation is already driving change in countries like the United Kingdom and the Netherlands It’s crucial that efforts to cut emissions don’t also cut living standards. Turning the heating off and suffering through the cold just isn’t an acceptable solution. The priority should be to cut emissions, not necessarily power consumption. Therefore, the use of clean energy for heating and cooling, as well as heating with ambient heat and heat pumps, could be an effective solution.  Regulation is already driving change in countries like the United Kingdom and the Netherlands. In these countries, fossil fuels are being banned where more sustainable, renewable alternatives are available, chiefly for powering homes. Some countries use other mitigation strategies: in California, for example, all new homes must be fitted with solar panels by law.  Heat pumps popular in Europe As another way to sustainably power homes, heat pumps have already proven extremely popular in Europe, especially in Scandinavian nations. Electricity in these countries is already generated mainly by climate-friendly wind and hydropower. According to calculations by Fraunhofer ISE, heat pump systems in Sweden generate 90% fewer carbon emissions, in comparison to heating systems that rely on natural gas. Electrical vehicle (EV) charging However, renewable generation alone won’t be enough. When the wind isn’t blowing or the sun shining, renewable energy sources can suffer intermittency issues. Sadly, we’re not yet at the point, when all our domestic power needs can depend on renewable energy Electrical vehicle (EV) charging, which is becoming more popular, is a heavy load and expensive to charge at peak times. This can force us to switch back to traditional carbon-based sources when our power needs outstrip supply. Sadly, we’re not yet at the point, when all our domestic power needs can depend on renewable energy. At least, not without assistance from digital technology. Sustainable smart home technology To decisively cut emissions in the home, clean energy must be paired with the use of sustainable smart home technology. IoT-connected sensors and intelligent systems can provide the deep insight that we need to make impactful and responsible energy decisions. Effective energy management is central to efforts to decarbonize our dwellings. A lot of the energy consumed by HVAC is inevitably wasted, either through forgetting to turn it off, when it’s no longer needed, or heating rooms that aren’t occupied for most of the day. Preventing this becomes much easier, once you have visibility and control through smart energy management systems. Smart systems enable efficient renewable energy use Any home can be digitally retrofitted to become more efficient. Once energy is made visible through digital and IoT (Internet of Things), only then it can be measured and analyzed. Consumers are then empowered to make small changes to their consumption habits, to reduce wasted energy and its resulting emissions.  Smart systems can also facilitate more efficient use of renewable energy sources. When all smart systems are interconnected under one platform, AI algorithms can automatically adjust what source the house draws energy from. Combining digital retrofits, energy storage, and management When a home has access to energy storage technology, it can store up excess power generated by renewable sources When a home has access to energy storage technology, it can store up excess power generated by renewable sources, which can be used later, when the power demand is high. This ensures that non-renewable energy sources are only tapped, when absolutely necessary.  By combining digital retrofits, energy storage, and robust AI-powered energy management solutions, we can decarbonize our HVAC systems and our homes. A smart, connected approach to consumption can keep us warm in winter and cool in summer, without impacting the biodiversity around us. Smart homes: Powering change As our homes become fitted with more advanced IoT-connected devices, the ability to effectively manage our homes’ energy needs is indisputable. To keep costs and emissions down, a secure interoperable power management system is crucial, to becoming more sustainable and enhancing our quality of life. Businesses and governments need to ensure that people have the freedom to make sustainable living choices within the home, which don’t undermine living standards. 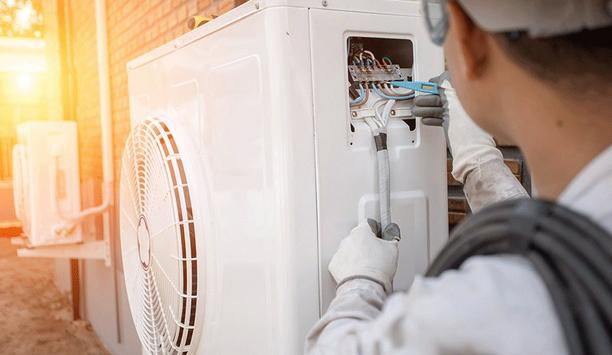 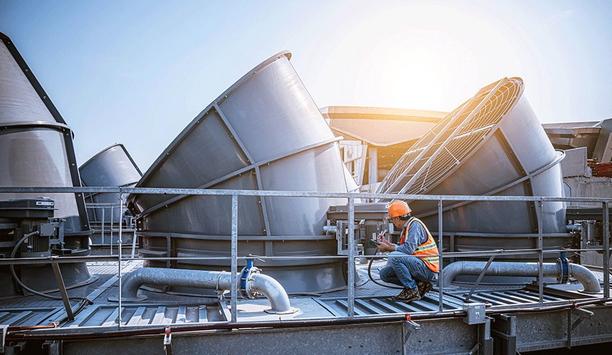 What’s Next For HVAC Engineers In The Digital Age?

The development of digital technologies in the Heating, Ventilation and Air Conditioning (HVAC) sector has been transformational for the industry, as well as for those who run HVAC systems. While the electrification and digitalization of machines, and assets has made a lot of operations simpler, it has also meant that the collection of machine data has never been more critical. Given that engineers can now view lots of different metrics on a single screen, including things like heating controls, humidity levels, and more, what exactly are the skillsets required of a modern HVAC engineer in the digital age? And, what will the role look like as digitalization and data-driven processes continue to evolve? Remote Working This real-time data can be used to ensure that assets are doing what is expected of them The most obvious change to the way HVAC engineers are operating in the digital era is the ability to perform diagnostic tasks remotely. Thanks to mission-critical assets being monitored and managed by the Internet of Things (IoT) solutions, engineers can see when burners are activated, or when defrost cycles kick into action. This real-time data can be used to ensure that assets are doing what is expected of them and if concerning behavioral patterns are flagged in the data, engineers can diagnose faults, without having to attend the site. Efficient fault diagnosis and repair Even with a machine right in front of them, engineers can often still learn more about what is going on inside, from their laptops. The ability to gain deep insight into how a machine is functioning, without having to physically ‘open it up and look inside’, is a benefit to both the engineer and the site. Engineers can diagnose faults more efficiently, without having to undertake invasive investigative work on a shop floor or workplace. New skillset for HVAC engineers The HVAC engineers of the digital age may be more likely to be sat with a laptop, rather than up a ladder, so what new skills does this role require? The reality is that HVAC engineering now requires maintenance professionals to understand the data, as much as the mechanics of the assets that they are trying to fix. There are lots of different sensors, control panels, and monitoring solutions, all presenting different forms of data, so engineers need to be able to interpret information, from all these different layers. As many manufacturers have their own digital controls systems, engineers will also be dealing with different naming conventions and unstandardized data, even within a single site. Controls agnostic IoT solutions The need for digital skills and comprehension of data analytics is still fundamental to the modern role Thankfully, recent innovations in controls systems means that engineers will have the digital tools that they need to translate this complex and disparate data. Controls agnostic IoT solutions sit across existing digital infrastructure, to connect directly to the asset and present the data in a simple standardized language, for engineers to analyze. The need for digital skills and comprehension of data analytics is still fundamental to the modern role, but it’s made a lot easier and more efficient, thanks to these progressive innovations. Real-time data analysis The ability to see data in real-time means that the way maintenance is carried out is starting to look very different. Thanks to machine behavior monitoring and trend analysis, engineers will be alerted to a machine starting to go wrong, much earlier than the point at which it breaks, enabling them to proactively visit sites, in order to fix minor faults, before they reach critical failure. The ability to proactively fix faults also saves end-users a lot of money, as maintenance calls will be less frequent and when they are needed, much less severe than they otherwise would have been, if the fault was only detected at the point of the asset breaking down. Digital Skills and the Future What does digitalization mean for HVAC engineers? A lot of the requirements for diagnosing and fixing faults in modern HVAC systems have developed over time, so skills have grown slowly and steadily. There hasn’t been a big bang of digitalization in HVAC, but rather a steady move towards integrating newer technology. This means that most engineers already have the skills, to carry out maintenance roles in the digital age and will continue to be able to learn new skills, at the rate of digitalization. Commissioning engineers, new HVAC specialist role There are a small number of new, specialist positions, which are important in the HVAC engineering profession There are a small number of new, specialist positions, which are important in the HVAC engineering profession, due to digitalization, with the most obvious being commissioning engineers. This role specializes in controls engineering to implement new digital systems, for either new or existing sites, at the beginning of an organization’s digital transformation journey. Much the same as the HVAC engineer of the pre-digitalization age, the commissioning engineer will work with site managers, so as to ensure systems are implemented correctly and to the right specifications, for a particular venue. Data-enabled future of automated HVAC The bottom line is that we’ll always need HVAC engineers, as there will always be assets that need fixing or replacing onsite. Even as we move towards the data-enabled future of automated HVAC machines, they are just that, machines that will break down on occasion and will need to be fixed by a professional. Furthermore, the HVAC engineer of the future will certainly see a shift in skillsets, as they are increasingly required to understand data analytics and software engineering. If you had to ask me to make a bold prediction, I’d say the HVAC engineer of the future will be at a desk, more than up a ladder, but their hands on skills and expertise will be required, for as long as there are physical machines with moving parts. 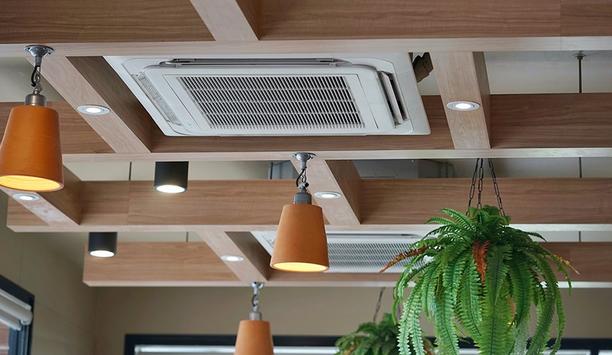